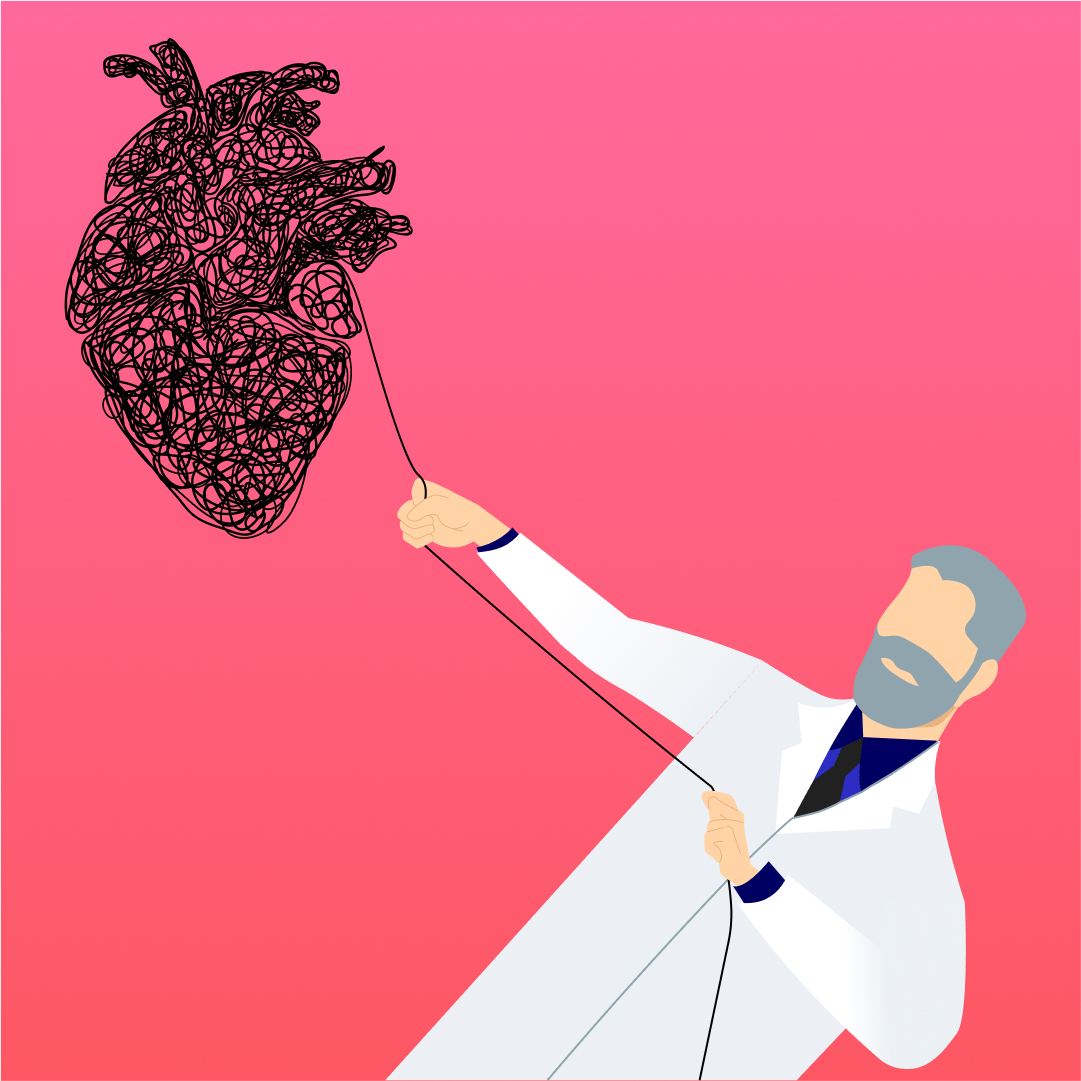 How Have Cardiovascular Treatments Evolved Over the Years?

Since we covered some of the most common cardiovascular diseases in our last article, we thought it would be fun to revisit how some of these diseases were treated in the past.

With medical guidelines and research rapidly evolving, it’s no surprise the way we treated things like hypertension and heart attacks in the 1950s and 1960s was quite different than how we treat them today.

We’re going to cover three common cardiovascular issues – hypertension, stroke, and heart attack – and review how treatment for these three things has changed thanks to medical research and development.

Hypertension – From No Issue to Major Issue

The way doctors treat hypertension has varied wildly over the years ranging from considering it not to be a bad thing to overtreating elevated blood pressure.

In the 1940s, hypertension wasn’t felt to be a medical issue at all and just part of life. Symptoms were treated rather than the problem itself with things like barbiturates and massages. The medications that did exist at the time for hypertension included thiocyanates (which isn’t used today because of related toxicity) and bismuth.

In the 1950s hypertension was only advised to be treated if patients had symptoms including chest pain.

This all changed in the 1960s and 1970s thanks in part to the famous Framingham Study which discovered the link between hypertension and cardiovascular disease. There was also the development of beta blockers like propranolol that revolutionized how hypertension could be directly treated.

Today the goal is to prevent or reduce the effects of hypertension if possible. Over the decades many studies have been done exploring the benefits of various medications, exercise, and diet (such as decreasing salt intake) can have on blood pressure.

The ideal blood pressure has changed over the years as well. Most recently the guidelines recommend maintaining a blood pressure around 120/80. If someone has a reading higher than that, then lifestyle modifications should be recommended.

When a person reaches blood pressure readings over 140/90 – this is when pharmacologic interventions should be implemented.

These guidelines are vastly different from treatment 50-60 years ago due to the years of research that has been done to illustrate the impact hypertension can have on a person’s health and lifespan.

Stroke – The Importance of Timing

Hypertension increases the risk of a person having a cerebrovascular event (CVA) or stroke. 15 million people worldwide are affected by strokes each year making it a major health concern globally.

In the 1970s and 1980s, treatment of stroke was focused on managing symptoms including speech or mobility changes and trying to regain lost function. Trying to stop the damage or identify the type of stroke was not on an ER doctor’s list of things to do. Imaging was also not prioritized as differentiating ischemic versus hemorrhagic stroke didn’t affect the treatment plan back then either.

But in 1995 tissue plasminogen activator, better known as tPA, was invented and changed how many clinicians treat stroke – especially in those first few precious hours. If an ischemic stroke is suspected (and 80% of CVAs are ischemic), tPA is now commonly administered to dissolve and break up the blood clot causing the event.

The advent of tPA helped reduce mortality related to strokes with an up to 42% reduction in mortality at 10 years (if treated within the first three hours).

And once researchers discovered the connection between the time tPA is administered and chance of recovery – this led to many campaigns focused on reducing the time between stroke detection and intervention. The American Heart Association even has a tagline “Time Lost is Brain Lost” when it comes to managing stroke.

The scientific developments surrounding stroke has drastically changed how we treat them from simply managing symptoms to rapid intervention to reduce symptoms and damage.

Heart Attack – From a ‘Natural Cause’ to Preventable Event

We’ll round out the history lesson with myocardial infarctions AKA heart attacks. In the 1950s and 1960s, there were essentially no treatments available for heart attacks. Someone was given morphine for the pain and doctors crossed their fingers they didn’t have a cardiac arrest.

If someone died of a heart attack, even if they were young, it was just considered a common thing that happened.

But as research determined the dangers of smoking cigarettes and how smoking can change how well blood vessels work, how well the heart pumps, and contribute to plaque build up – people started to quit. And this led to a reduction of heart attacks related to cigarette use.

Not only this, but chest compressions became popular treatments for cardiac arrest and later the development of CPR were both shown to reduce mortality surrounding cardiopulmonary events.

The first defibrillators were developed in the 1970s and further increased the survival rate after a cardiac event.

Medications like nitroglycerin and lifestyle modifications (including quitting smoking as well as exercise and diet) have all led to the reduction in mortality when it comes to heart attacks. Previously if someone had a heart attack, they were prescribed a lifetime of rest and advised to avoid any rigorous activity ever again.

Now we know things like aerobic exercise can actually help reduce a person’s risk of having another heart attack and by having nitroglycerin on hand – patients can better manage their angina.

Thanks to the development of defibrillators and CABG procedures, the use of nitroglycerin, and the overall increased awareness of lifestyle habits and their impact on heart attack risk – have all improved survival odds for patients today.

As you can see, developments in detection, treatment, and prevention have all changed how we manage things like hypertension, stroke, and heart attacks.

Although heart disease is still the number one killer worldwide, the numbers would undoubtedly be much higher if it weren’t for breakthroughs in medical research. This research continues to be done every day around the globe to further develop better treatments and understanding around heart disease.

Use the Juisci app to make sure you don’t miss out on the latest cardiovascular journal articles. You’ll get ‘shots’ of Juisci each day to keep you in the know of the most popular content surrounding heart health and interventions. 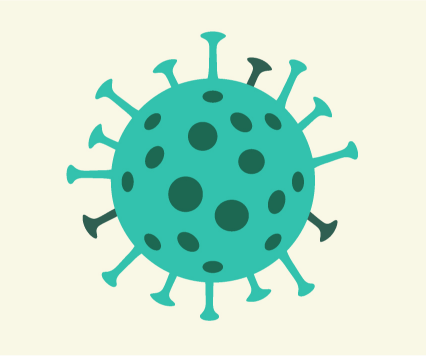 The Rapid Evolution of Cancer Care (and how to keep up)
Behind heart disease, cancer is the leading cause of death worldwide. There has been a ‘war on cancer’ since the 1970s and this has led to an exponential increase in research surrounding what causes cancer and how we should treat it.* 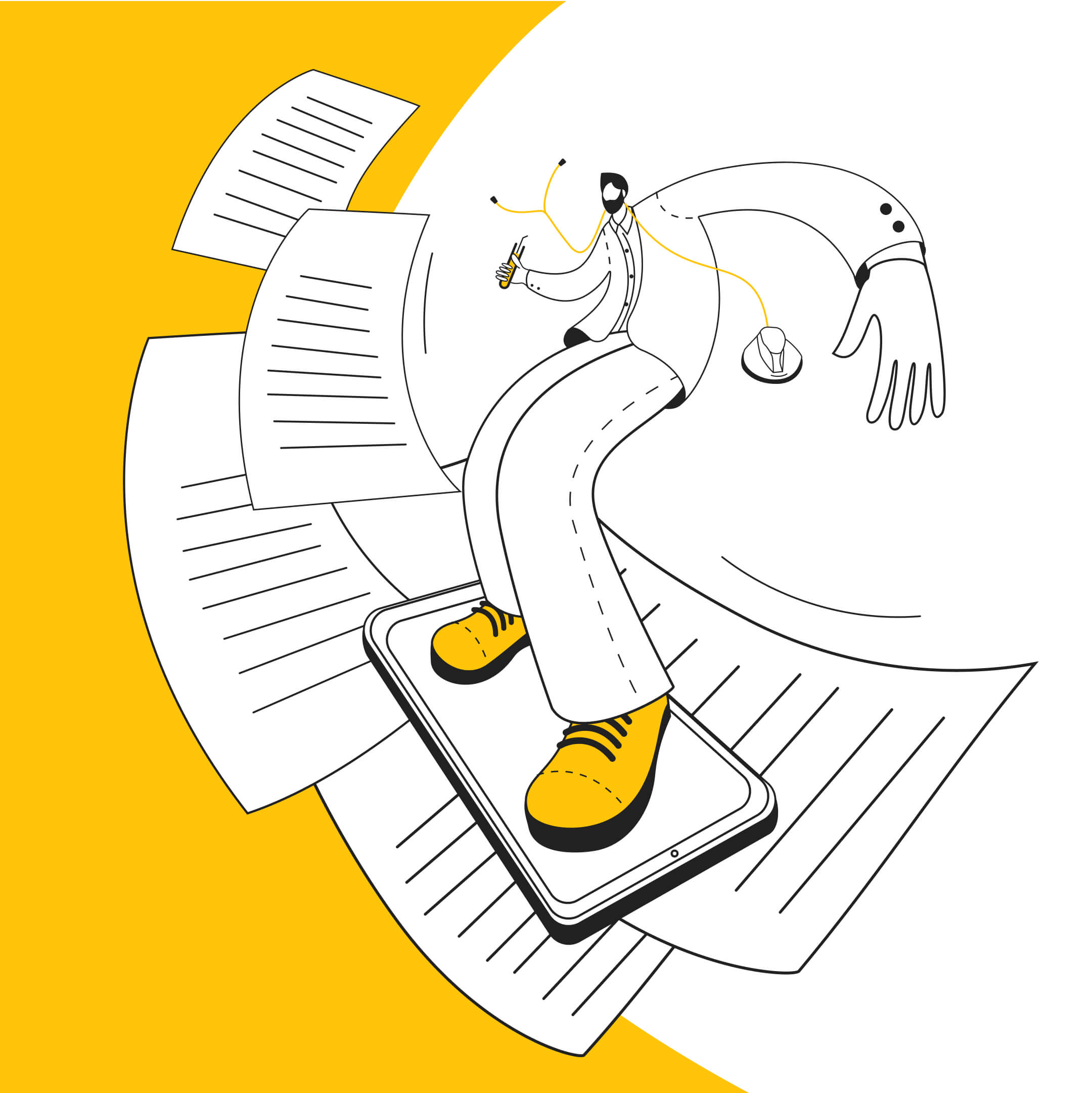 Struggling to Stay on Top of Scientific Literature? Juisci Can Help
Staying up-to-date with the literature is one of the most important facets of a medical organization’s offerings. 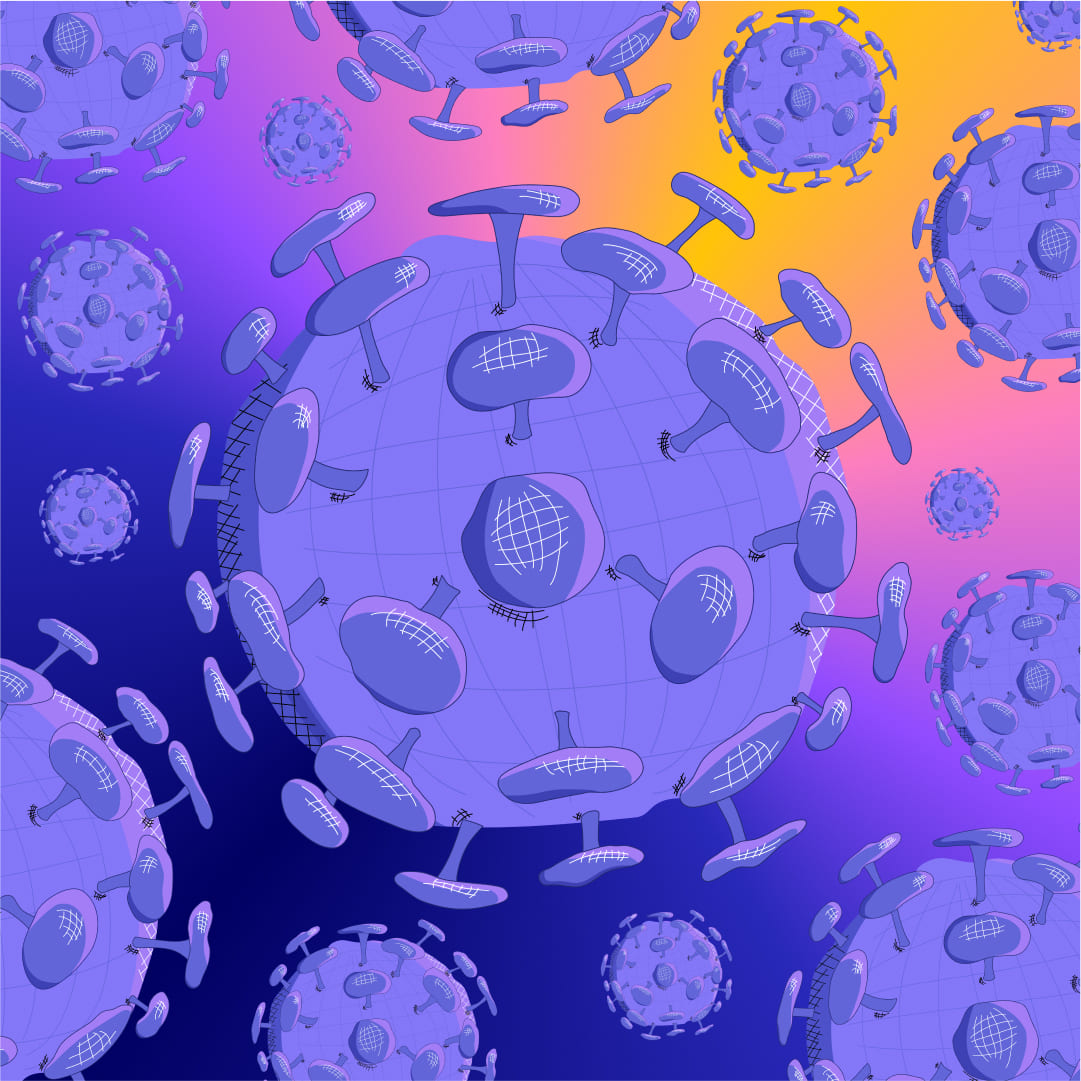 ‌What is Omicron?
As the wave of the Delta variant crested, a new variant began sweeping through the globe at lightning speed. The name of the variant? Omicron. Within mere days, it seemed like infection rates skyrocketed and even those fully vaccinated came down with the virus. 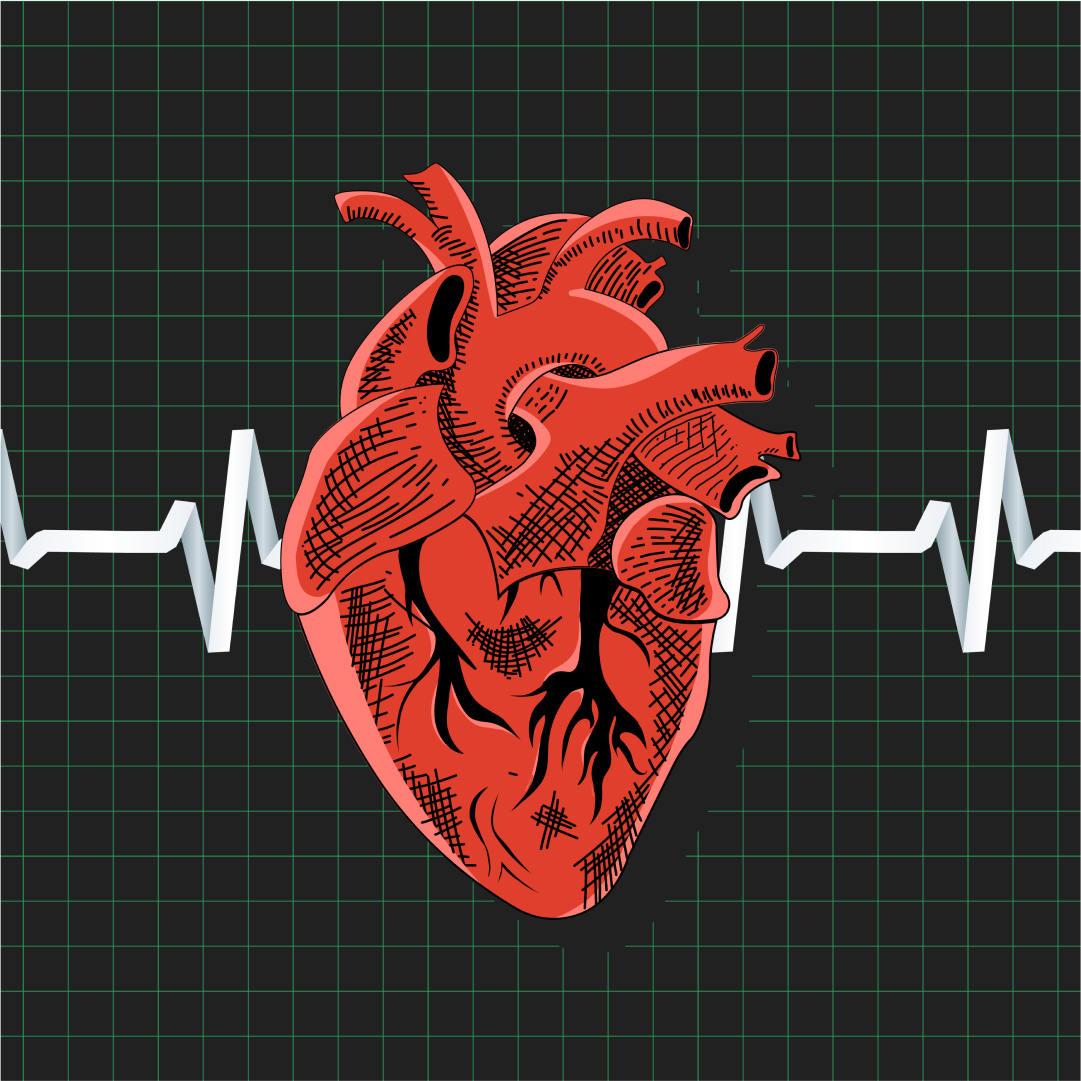 Don’t Miss a Beat this February with Our Favorite Cardiovascular Tips
February is full of pink and red hearts but Valentine’s Day isn’t the only reason to focus on your heart this month. The second month of the year is also American Heart Month and is meant to remind you and your patients to keep a pulse (ha, get it?) on your cardiovascular health.

Medical breakthroughs are changing the landscape. Don’t get left behind. Juisci brings you up to speed.

They talk about us.